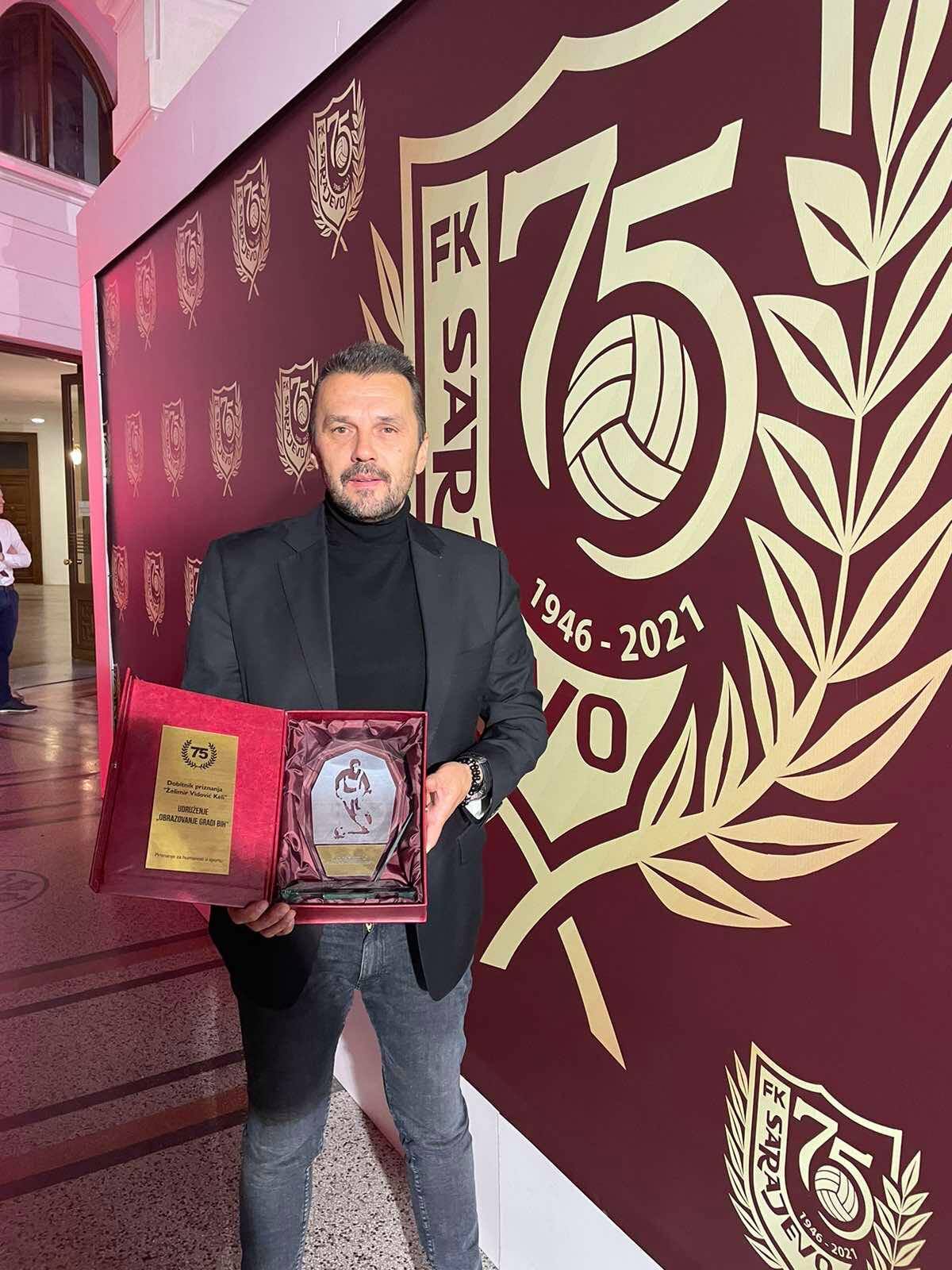 By the decision of the Board of Directors of the Sarajevo Football Club, this year’s winner of the award for humanity in sports “Želimir Vidović Keli” is the Association “Education Builds BiH”.

The explanation of the decision states that the Association Education has been building Bosnia and Herzegovina for decades as an example of humanity, selflessness and care for others, “… even though they finance themselves from donations, they find a way to support young sports lovers in addition to scholarships.” This makes them a real example in Bosnia and Herzegovina. society and is proof of how much their human values ​​were woven into their mission by their founder, the late General Jovo Divjak, a legend and one of the symbols of this city. With this gesture, we want to pay tribute in the right way to the late general who indebted this city in the same way as our Želimir Vidović Keli, after whom this award is named “- the words of this Board of Directors.

The “Želimir Vidović Keli” award, in front of the Association, was taken over by the Deputy Executive Director, Edin Bećarević, who addressed the audience with a few sentences of thanks for this exceptional part.

Football Club Sarajevo marked 75 years of existence on October 25 in the City Hall, where awards were presented named after the former player of this club who left an indelible mark with his humanity and deeds.

“Želimir Vidović Kelly, a legend of the Sarajevo Football Club and the entire city, was born on November 17, 1953 in Sarajevo. On the largest bh. the stadium arrived in the summer of 1974 from Sarajevo Bosnia. He made his debut for the first team on August 14, 1974 in the cup match against Igman from Ilidža. Kelly wore the Sarajevo jersey 241 times and scored 14 goals. Kelly was killed on May 17, 1992 in Nedžarići. He died in a humanitarian mission, transporting the wounded from the Sarajevo settlement of Dobrinja to the Koševo hospital. “