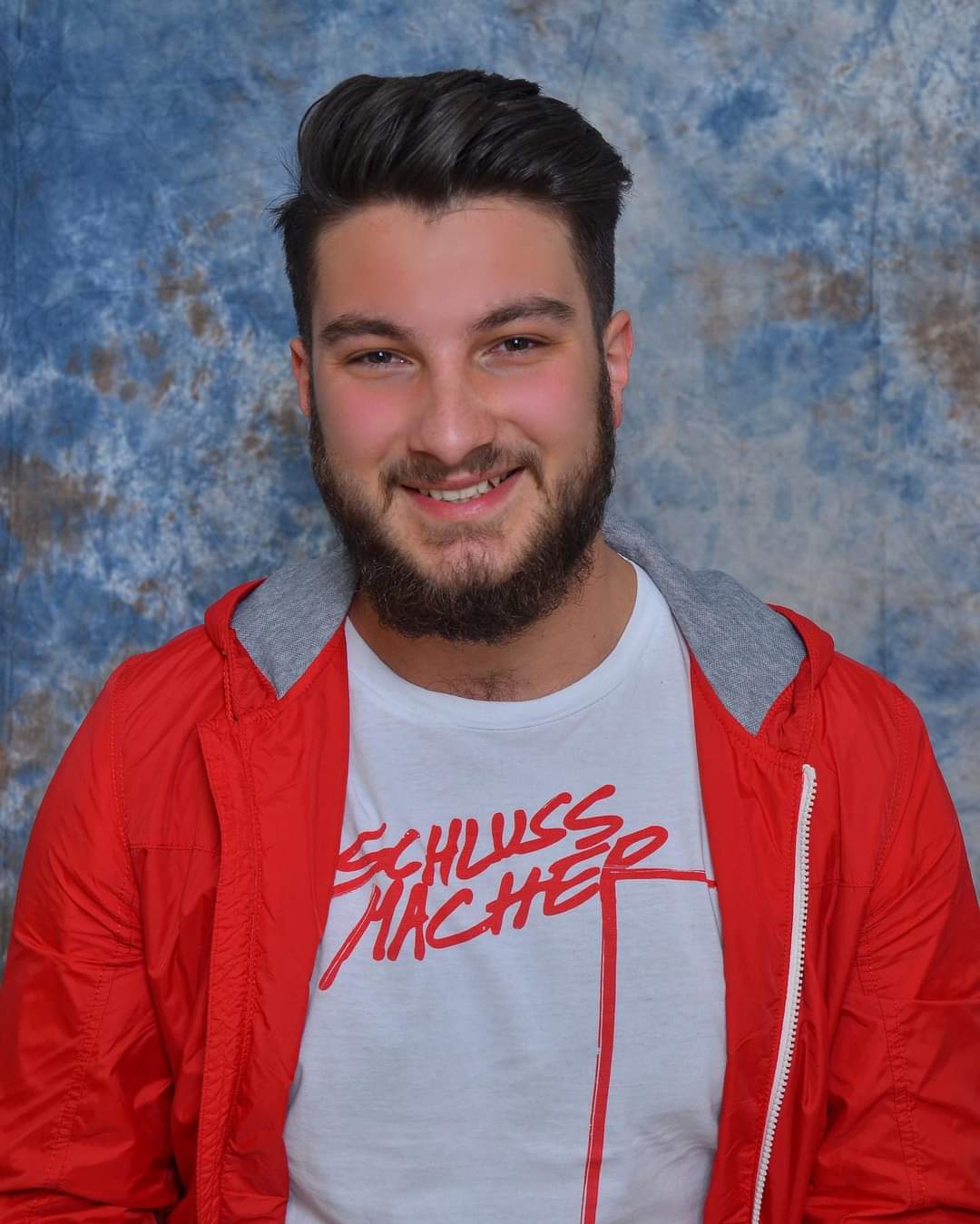 The other side of Roma stories: Sacmir Seferović

If they were in the form of a human being, all the declarations and conventions on the rights of the child, all the moral principles and rules would lower their heads and take off their hats out of respect for the children we know and support. Sacmir Seferović is one of the brave, noble, smart and capable scholarship holders, whose story we want to tell again and again.

About the school and the city where he lives

From refugees and returnees without any income to a final year student who studies, volunteers and works. Sacmir is 28 years old today, with strong life experience and great ambitions towards which he is strongly moving.

“My name is Sacmir Seferović. I was born on March 2, 1993 in Germany. However, in 1998 I returned with my parents to their hometown, Bijeljina, where I live. I am currently a third year student at the Faculty of Philology, Department of English at the University Synergy in Bijeljina Although the path of the future profession was a random choice and I did not know what I would prefer to enroll in, I decided to make it a language direction. “

Sacmir did not have the possibility of regular schooling. The obstacles were for material and other reasons. His opportunity came only later, and he accepted it reluctantly.

“I attended primary education only until the 2nd grade and after that the story stopped there. Due to the difficult living conditions, I did not have the opportunity to attend formal education like most of my friends at the time. Somehow I watched from the sidelines, the children go to school, the parents take them and bring them back, and there was no one to me. These were really too difficult periods of my childhood, if it can be called that. promotion of Roma education “Otaharin” from Bijeljina, enrolled in part-time primary school and thus completed the first formal education. human needs.All in the desire to be educated and to feel the beauties of learning, which I am not as a boy.That period was a big and good lesson for me.I am studying today and I have a desire to establish my own private, or online English school. That I am as involved as possible and surrounded by language and all those lexical portions. In the future, I see myself as a good translator, who translates documents, assists in some organizations / institutions regarding the structure of the language. In addition to English, I passively speak Romani and I would like to learn Turkish as well. “

He knows more about discrimination than he would like and believes that it is present, not only with members of the Roma national minority. Still, at least as far as that goes he says he was lucky.

“Unfortunately, discrimination is still present in schools today, which is not good because we are in the 21st century and we should strive for the same life goals, equality, gender equality and equal rights for all of us. When we talk about systemic discrimination, I would mention that mostly everything starts with the fact that a Roma child, who is scantily clad, unfortunately does not maintain enough personal hygiene, experiences such pressure at school that simply one child does not know how to cope with it. to emphasize that their talent comes to the fore and that society sees that we are not invisible because we are part of society. I was not someone who experienced discrimination in schools, moreover, I am always well received and people are surprised when I say that I am a Roma. There was a stereotype that members of the Roma national minority should be dirty, not express themselves correctly, that they are a big departure from other nations. We are presented to society no less and no more than as a people who are not reliable, who should not be trusted and much more. I think that for us Roma, in this age, a better future is preserved in relation to the past and the present. As long as we look at who is who, then we will prolong that agony of racism in us. That is why I believe that my nationality will, above all, be a completely normal phenomenon in society and that it will shine together with other nations and nationalities. It is an honor for me to break down prejudices and stereotypes and show by personal example that we are a very valuable and honorable people. “

His past motivates him to work, study and advance. He considers himself a strong person who has clearly defined his goals and says that only in this way can he move forward. Goals, not dreams, as he emphasizes. He learned that dreams are beautiful but that goals keep a person firmly on the ground.

“Without goals, we cannot embark on a life journey. Today, I am conveying to you the methods that have helped me and that are currently helping me. It is nice to dream, I am the first to dream. Only after dreams reality comes and it is up to us how we dream to convert into goals, which we will work hard to achieve.When I look back, I remember all those difficult boyhood days, when I was at the mercy of other people. These weights of those days and difficult nights push me forward, is my fuel and pure stimulus to try to be the best I can be and one day be able to help with cases like I used to be as a child. “Without the past, there is no lesson learned in life.”

Sacmir had a childhood and growing up full of difficult moments. The state didn’t give him much, but he still loves her. However, he finds happiness easily, in his own and other people’s success, health and other small things.

“After graduating, if I don’t have the opportunity to enroll in a master’s degree and start working in a state institution or establish a private school, I would definitely leave Bijeljina and look for a job somewhere in the Federation of Bosnia and Herzegovina. I’m not surrounded by my family because I don’t have one. parents, so I can’t say that all the luck is there. After my father’s suicide, I lived with my mother for a while until she decided to leave us and build her life. I only have an older brother, with whom I grew up alone. college. Brothers’ successes. I rejoice when I see that my friends are well, when they are loved, happy. I have always rejoiced in someone else’s happiness more than my own. “

“Dear all of you who are reading this, you should know that life is not easy. It brings with it difficulties. Then when it’s hardest for you, don’t give up! It’s just a devil’s trap to later regret bitterly for what you didn’t do. Repentance is hard Remember that there are a lot of children everywhere in the world who wholeheartedly want to have a warm home, regular schooling but are denied it. only in this way will you be able to prosper and reciprocate. Learn! The purpose of our existence is to learn and that is life. “

One day, in the distant future, I know, I feel that happiness awaits me too. It’s just a long way and I’m a pedestrian. I walk to my bright future the way I know and can. I wore my shoes on that steep road walking, wandering and searching for her, but I don’t give up. I’m still fighting! – S. S. 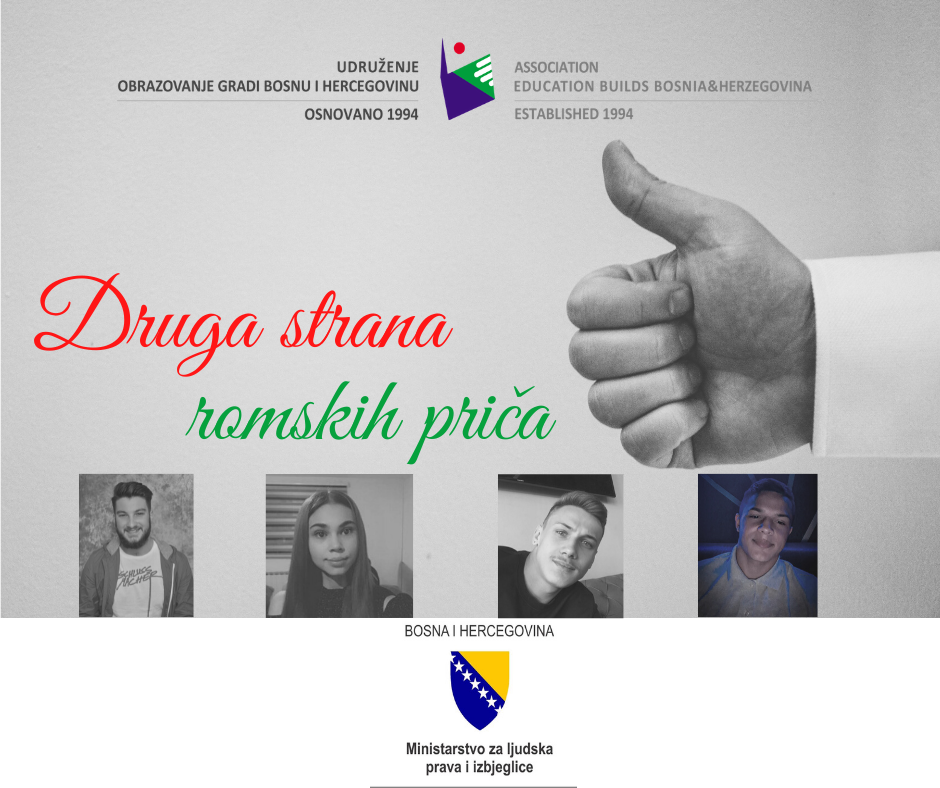