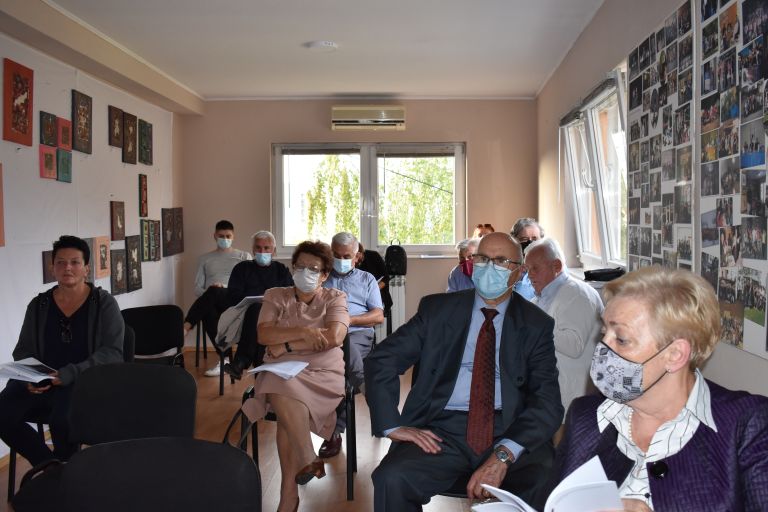 Annual Assembly of the Association "Education Builds Bosnia and Herzegovina"

The XX Assembly of the Association “Education Builds Bosnia and Herzegovina” was held on September 29, 2021. in the premises of the Association. For the first time since the founding of the Association, the initiator of the idea and one of the founders, Jovan Divjak, was not with us. With a minute of silence, members of the assembly and employees paid tribute to this great man whose name, as later voted at the assembly, will be included in the very name of the Association. The assembly was attended by 21 members, and members who could not attend gave their consent by phone for the assembly material that was previously submitted to them.

The initiatives of naming a street in the city after Jovan Divjak were mentioned, as well as the possibility of implementing civic activity on a certain date, which would also bear his name.

Other conclusions concerned the planned posthumous work of Jovan Divjak, which is in its final phase, current and old projects as well as current issues, and all items on the agenda were unanimously adopted.

Steps have been taken for all conclusions to be implemented as soon as possible.