Finished mural with the image of Jovan Divjak 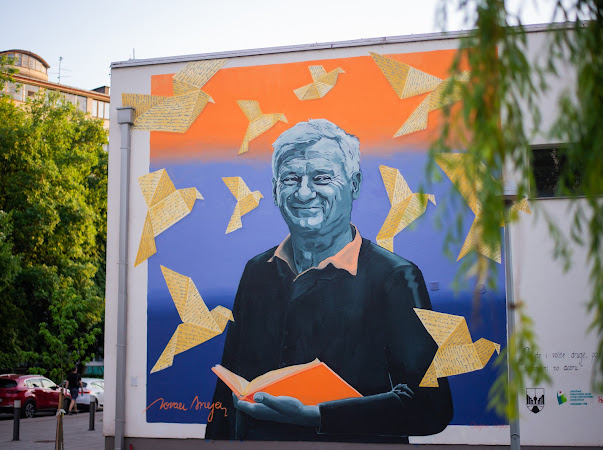 A mural representing Jovan Divjak, the founder of the Association “Education Builds Bosnia and Herzegovina”, was completed today on the outer facade of the Children’s House in Grbavica in Sarajevo.

This is another activity carried out by the association, with the aim of preserving the memory of its founder. The association changed its name to “Education builds Bosnia and Herzegovina – Jovan Divjak”.

We thank the authors of the mural, the team “Obojene klape”, the Municipality of Novo Sarajevo and the International Center for Children and Youth Novo Sarajevo for agreeing to paint the mural on the “Children’s House”, and we especially thank Grafičar promet doo and Farb-ex doo (CAPAROL) they supported the making of the mural.

We are aware of the reactions of our fellow citizens that appeared during the making of the mural, which gives us hope that they will join us with the same or greater interest in fulfilling the basic goal of the Association: scholarships for as many children and young people from all over Bosnia and Herzegovina.

Information on how to donate and support the education of children and youth can be found at https://ogbh.com.ba/doniraj/